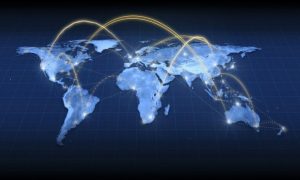 The former Director General of the WTO, Pascal Lamy, suggested to an audience in Melbourne in November 2012 that the ‘rising weight of influence of emerging economies has shifted the balance of power’ in the global trading system, and that there has been a ‘redistribution of the geopolitical deck of cards on a global scale’. Another economist Thomas C. Schelling viewed the global trade as, ‘Aside from war and preparations for war, and occasionally aside from migration, trade is the most important relationship that most countries have with each other … trade policy is national security policy.’ The economic prowess of a global actor determines its standing in the comity of nations. The sharp rise in the share of world trade of the emerging economies, most importantly the global ‘trading power’ China and the growing clout of regional trading blocs have impacted the world politics. An increased South–South trade has contributed to a shift in the negotiating power of developing countries. China may well be the new engine pulling along the world economy. Its economic role in Africa, Brazil and Australia may become crucially important. According to the economic data, China has already overtaken the US in PPP (Purchasing Power Parity) terms. China’s GDP at PPP is US $ 17,632 billion, while the US GDP at PPP is US $ 17, 416. In 2030, the projected GDP at PPP for China is US $ 36,112 and for the US it is speculated as US $ 25,451 (reference – IMF World Economic Outlook October 2014). The Chinese led ‘Silk Road Economic Belt’ the ‘Maritime Silk Route’ (often termed as the One Belt One Road – OBOR) would physically connect the markets of Middle East, Europe and the mega-cities of East Asia. The China-Pakistan Economic Corridor (CPEC), linking Gwadar to China’s Western city of Kashgar is also a part of OBOR. The One Belt One Road would initiate economic activity in the region, and would give a further impetus to China’s economic growth.

Trade economists debate the pros and cons of multilateralism and regionalism. Some view the economic integration as ‘WTO-plus’ initiatives – i.e., involving further integration, and trade liberalisation. While, critics of plurilateral preferential trade agreements view these economic groupings as ‘stumbling blocks’; a political response by the West to the ‘rise of the rest’ (in particular China). On the geo-economics of China’s rise, Edward Luttwak, an early conceptualizer of the idea of ‘geo-economics’, proposes that countries whose economies are under threat from China’s policies – policies that seek to make China’s industries globally more competitive – should come together to ‘contain’ China geo-economically. Does it mean that there is a tug of war at the economic front. US has launched Transatlantic Trade and Investment Partnership (TTIP); TTIP aims at building further bridges with the EU. The US led Trans-Pacific Partnership (TPP) agreement under which the US is negotiating with Pacific nations of Australia, New Zealand, Peru, Chile, Canada, Mexico, Japan, Brunei Darussalam, Malaysia, Singapore, and Vietnam, aims at strengthening the US business opportunities in the region. China is not a part of either of the two.

On a number of issues concerning modern Asia, there can be no serious disagreement. Its weight in the world economy has clearly got bigger. It presents major investment opportunities. And it is home to an increasingly significant regional organization in the shape of Association of Southeast Asian Nations (ASEAN). US policy-makers – the Obama administration has shown a much greater degree of activism and interest in Asia. US is a Full Dialogue Partner (FDP) of ASEAN (US-ASEAN trade US $ 206 billion). The other cooperative mechanisms of the US with ASEAN include ARF (ASEAN Regional Forum), ASEAN Defence Ministers Meeting (ADMM) and Expanded Economic Engagement (E3). Asia’s rapid growth over the last two decades has also been accompanied by a dramatic reduction in poverty. In East Asia and the Pacific region alone, the percentage of the population now living on less than US $ 1.25 per day has dropped from 55 percent to only 17 percent.

Do these developments mean that the West is losing its pre-eminence and the international system would soon be dominated by Asia. Well, Asia may be rising and the BRICs emerging but one should not underestimate the many strengths possessed by the key states constituting the wider Transatlantic space. The US and the EU still account for well over half of world GDP in terms of value and 40 percent in terms of purchasing power. The most important international banks are in Europe and the US. Europe and the US moreover play host to nearly all of the major business schools. The two together are also the world’s most important source of Foreign Direct Investment (FDI) and also the world’s most important markets too.

It is true that Asia is assuming a bigger role in the world economy, but the divide among the regional states, the prevailing political and territorial disputes are an obstacle in region’s progress. Most Asian nations also have a very powerful sense of post-colonial identity. India has problems with nearly all of its Asian neighbours. 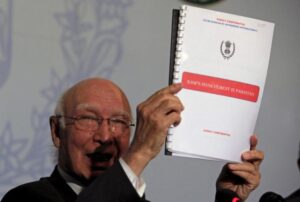 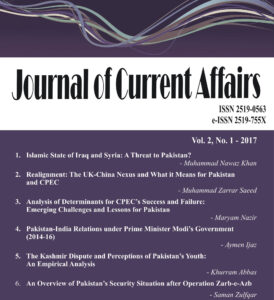 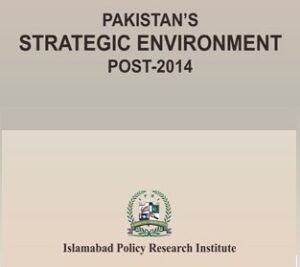