While Pakistan’s Malala Yousafzai and India’s Kailash Satyarthi share Nobel Peace prize for the year, their countries are engaged in a sort of ‘small-scale war’ in the UN acknowledged disputed territory of Jammu and Kashmir.  Hopefully, the two laureates would put together their energies and help resolve one of the longest outstanding disputes on the UN agenda—in line with nearly 20 UN resolutions on the issue.  Pakistan has once again referred the matter to the UN.

Adviser to the Prime Minister on National Security and Foreign Affairs, Mr Sartaj Aziz, has written a letter to UNSG Mr. Ban Ki-moon, on October 11, regarding the current situation of Kashmir dispute. 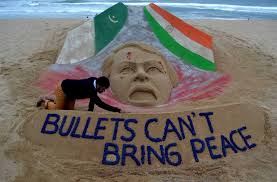 Excerpts: “Excellency, I write to bring to your urgent attention the deteriorating security situation along the Line of Control in Jammu and Kashmir, as well as along the working boundary between Pakistan and India, owing to deliberate and unprovoked violations of the ceasefire agreement and cross-border firing by the Indian forces over the past weeks….in his meeting with you last month, the Prime Minister [of Pakistan] had underlined the need to implement UN SC resolutions on Jammu and Kashmir…Unfortunately, India has adopted a policy that runs counter to its stated desire to engage in a serious bilateral dialogue with Pakistan…During the period 1-10 October, 2014, 20 ceasefire violations along the Line of Control and 22 violations along the Working Boundary were reported, resulting in 12 civilian casualties, 52 injured civilians and 9 injured military personnel on the Pakistani side…In all, during 2014, 174 ceasefire violations along the Line of Control and 60 along the Working Boundary have been reported…Pakistan has exercised utmost restraint and responsibility in responding to these provocations….Pakistan appreciates your statement of 9 October in which you expressed concern about the recent escalation of violence along the Line of Control between India and Pakistan…Your statement is timely and significant given the historic role and responsibility of the UN towards the situation in Jammu and Kashmir, where the United Nations Military Observer Group in India and Pakistan (UNMOGIP) also continues to carry out its mandate related to the strict observance of the ceasefire. Incidentally, as I write, UNMOGIP personnel are being escorted to areas along the Line of Control, to observe first-hand the ongoing ceasefire violations by the Indian side…Pakistan believes that the United Nations has an important role to play in promoting this objective, including through your good offices…and the crucial role of the UNMOGIP on ground, which needs to be strengthened…I would also be grateful if you could have this letter circulated as an official document of the Security Council”.

Ongoing Indian provocation may also be in reaction to forceful projection of the cause of Kashmiri people by Prime Minister Nawaz Sharif during his speech to the UN General Assembly. Historically, India resorts to such pressure tactics whenever Pakistan raises Kashmir issue at any international forum.

Prime Minister Nawaz Sharif chaired the National Security Committee (NSC) meeting, on October 10, to review the situation that has emerged in the face of Indian aggression. Addressing the subject Nawaz said Pakistan’s desire for peace should not be misunderstood and called upon India to immediately honour the sanctity of the Line of Control (LoC) and working boundary and halt firing. Earlier, Pakistan’s Defence Minister told India to demonstrate caution and behave with responsibility. He reminded New Dehli that Pakistan is capable of responding befittingly to Indian actions.

DG Rangers Punjab, in a briefing to media at the working boundary, said that India is not just violating ceasefire but is fighting a “small-scale war” with Pakistan. He informed that between 2010 and 2014, Indian Border Security Force has used 3.48 million small firearms on the working boundary, and more than 30,000 mortar shells have also been fired.  As firing began on the first day of Eidul Azha, thousands of shells have landed in Pakistan. On October 6 alone, over 51,000 small arms were fired across the boundary, while on October 7, more than 4,000 mortar shells were fired. Exceeding the previous number, India fired over 6,000 mortar shells on October 8.

The ceasefire that was agreed 10 years ago has been broken so frequently that its existence has become irrelevant. Over 35 civilians have died and thousands have fled their homes in the disputed region of Kashmir. Escalation is a reflection of the current state of bilateral ties. This fragility stems from the recent breakdown of Foreign Secretary level talks between the two countries. These talks were arbitrarily and abruptly called off by India on the pretext that Pakistan’s High Commissioner to India wanted to have a preparatory meeting with the political leadership of Indian occupied Jammu and Kashmir. Such meetings are a usual practice for the last two decades or so.

During his last visit to Indian held Kashmir on India’s Independence Day, Narendra Modi adopted an aggressive tone that had fuelled war hysteria against Pakistan. Modi rode a wave of rhetoric into office that promises a tough stance on Pakistan. With an election coming up in Jammu and Kashmir, perhaps instances which substantiate the BJP’s hawkish claims may fetch it more seats. Modi’s saber rattling is aimed more at audiences back home: “Today, when bullets are being fired on the border, it is the enemy that is screaming…The enemy has realized that times have changed and their old habits will not be tolerated.”

Indian Defence Minister Arun Jaitley reinforced the hawkish narrative. “If Pakistan persists with this adventurism, our forces will make cost of this adventurism unaffordable for it.” Jaitley was also quoted as ruling out talks with Pakistan. IHK Chief Minister Omar Abdullah differed with Indian defence minister’s decision of not holding any flag meetings between the two militaries during the current upsurge. “The government says there won’t be any talks until Pakistan stops firing completely. It is precisely when the firing is on that we need to talk when the guns go silent.”

UN SG has expressed his concern over the recent border clashes. 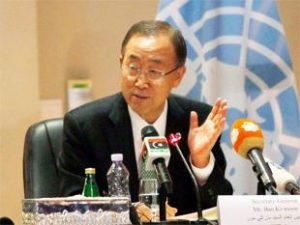 “Secretary-General Ban Ki-moon is concerned about the recent escalation of violence along the Line of Control between Pakistan and India,” said Ban’s spokesperson in a statement.  America has also urged Pakistan and India to resume the dialogue process; US State Department spokesperson Jen Psaki said, “US diplomats are in touch with both governments to resolve their issues diplomatically and through discussions”.

Though the potential for any such conflict to spiral out of control is low, it could lead to dangerous levels of escalation. It is in the interest of both India and Pakistan to control the border incidents. If the matter is left unattended, there is a likelihood of returning to pre 2003 era when heavy guns boomed on both sides on almost daily basis.

Two US Senators, Timothy Kaine and King, during their recent currently visit to India have aptly suggested that the United Nations could play a bigger role in the current tensions between India and Pakistan. “I welcome the comments of the UN Secretary General calling for diplomatic efforts and dialogue to end the conflict between India and Pakistan,” King said. Kaine went a step further and said: “As a promoter of peaceful resolution of disputes, the UN does a good job and in that sense their participation should be welcomed.” These comments are significant and indeed welcome; Pakistan has already called for a greater international role in resolving issues between the two countries—especially the Kashmir issue.

Historically, the two countries have a poor record of resolving any significant issue bilaterally. Pakistan should continue to build on Adviser’s letter and ask the UN for resumption of its rightful role, by tabling a UNSC resolution under Chapter 7 of the UN Charter.

Disclaimer: Views expressed are of the writer, and are not necessarily reflective of IPRI policy 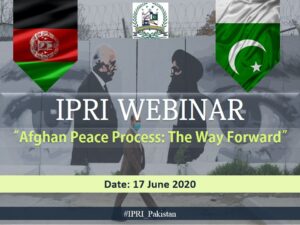 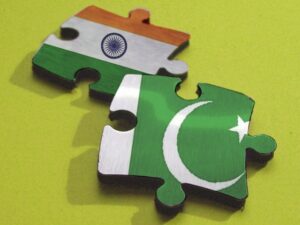 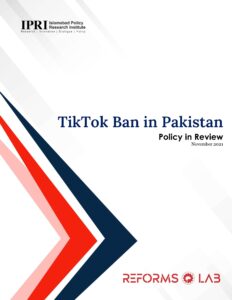