Prime Minster Narendra Modi is trying to replicate Netanyahu’s Gaza approach in Kashmir. However, to Modi’s chagrin, British House of Commons has voted in favour of recognising Palestine as a state. Members backed the move “as a contribution to securing a negotiated two-state solution”. Advocates of the measure rejected the idea that recognition would harm the peace process. “There is no peace, and there is no process,” one member said.  The most recent American-mediated talks collapsed in April. Meanwhile, Israel continues to build new settlements or expand existing ones, thus shrinking the territory available for a Palestinian state.

Israel and the United States have dismissed the vote as a symbolic gesture that won’t change British policy. 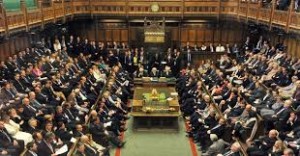 Israel says moves to recognise Palestine are premature and undermine efforts to reach a peace settlement between the two sides. Palestinian officials say they have been forced to pursue measures including seeking greater recognition internationally because a succession of peace talks has failed.

Even symbolic victories can create a new dynamics that could empower Palestinians. Passage of resolution will provide a much needed boost to the beleaguered Palestinian people. It will also provide an incentive to those in the Palestinian leadership who promote a non-violent, diplomatic strategy. Moreover, peace proponents from within in Israel and broader Jewish community would also draw strength from this event. It sends a message that the World is paying attention to the plight of Palestinians and recognizes their rights.

Almost concurrently with Commons’ debate, international community assembled in Cairo, and pledged $5.4 billion for rebuilding Gaza. UNSG Mr Ban-Ki-Moon said that while he felt confident that today the international community clearly recognized the massive needs in Gaza, “this must be the last Gaza reconstruction conference”. “Enough is enough,” Mr. Ban stressed, reiterating that the cycle of building and destroying must end.

In 2012, the UN General Assembly had voted to upgrade the Palestinians’ status to that of “non-member observer state”. 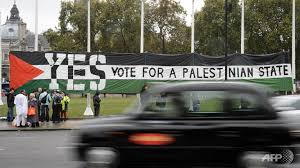 Around 41 nations – including the UK had abstained. However, recent expansion of settlements in the West Bank and East Jerusalem made it hard for its friends, including the UK, to make the case that Israel was committed to peace. Only an end to the occupation will ensure that Palestinian statehood becomes a reality on the ground. British move towards recognition of Palestine and new European sanctions on exports from West Bank settlements will send Israelis a strong message that their government’s policies are resulting in international isolation, requiring a much needed course correction. Coming on the heels of a decision by Sweden to recognize Palestine as a state, Netanyahu is likely to face a new and unprecedented wave of international and domestic pressure to swiftly move toward a two-state solution with the Palestinians. Although Netanyahu has voiced a theoretical endorsement of a negotiated settlement to the conflict that would lead to two states, his critics say he has consistently stalled progress in peace talks while continuing robust settlement growth in the West Bank.

International New York Time has commented that British vote for recognition will produce uproar in the US Congress. Pro-Israel Members will be denouncing the British move. When Congress reconvenes, some members may propose a host of “silly bills”. They may invoke even a legislation which calls for terminating all US assistance to entities that recognize a Palestinian State. This was done, with near devastating results, to UNESCO. In this case, however there isn’t any aid to cut.

The House of Commons vote is the latest in a series of major political statements from Britain, including scattered decisions to boycott Israel and the huge demonstration in London in August against the Gaza war. “Statehood will be decided by Labour when it comes to power if it has not been decided by this government,” Shadow Minister for Africa and the Middle East Ian Lucas promised. Matthew Gould, Britain’s ambassador in Tel Aviv, has warned that the issues raised by the Commons motion should not be dismissed out of hand. “Separate from the narrow question of recognition, I am concerned in the long run about the shift in public opinion in the UK and beyond towards Israel,” Gould said.

This Parliamentary vote indicates the way the wind is blowing, and it will continue to blow so until there is any concrete peace effort from Israeli side. Without movement on the peace process, even Israel’s friends are losing heart. “As British Ambassador to Israel, as the person tasked with building the best possible partnership between Britain and Israel, I do have a worry for the long term about the direction of public opinion in Britain and beyond Britain in the absence of progress towards peace…It’s been a very difficult summer. 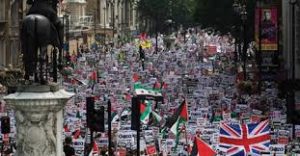 The impact of the Gaza conflict on British public opinion has been very difficult for Israel. Since the conflict has finished there has been a series of very difficult announcements to do with settlements. These all have an impact and long-term, I have to say as the guardian of the relationship, as someone who really cares about the relationship between the countries, I am concerned.” Gould added.

The corrosive effect of Israeli government policy on foreign public opinion can be seen even in the United States, where polls show that while support for Israel remains high, significant gaps are appearing along gender, age and party lines. A survey this summer showed major differences in attitudes to Israel between Democrats and Republicans. “It used to be understood that political support for Israel was bipartisan and goes across political party lines,” said pollster Dr. Dahlia Scheindlin.

Palestinians have widely celebrated the vote in London, saying it was a move whose time had come – or was perhaps overdue: “Palestinians see this vote as the first step in righting the wrong of the Balfour Declaration,” Kamel Hawwash, a British-Palestinian academic, told magazine Time, referring to the 1917 decree in which Britain said it supported “the establishment in Palestine of a national home for the Jewish people.” Jewish people have had a state for 66 years, while same has since been denied to Palestinians. Statelessness of Palestinian people made a comeback to the international spotlight this summer during the Israeli atrocities against innocent people, non-military properties and public utility structures in the Gaza.

Some Israelis view these moves in the UK and Sweden with great concern.  “We have no question that the British people are interested in conflict resolution,” said Paul Hirschson, a spokesman for the Israeli foreign ministry. “The undercurrent of this is saying, ‘we want to drive peace forward’…This kind of step discourages Palestinians from coming back to the negotiating table in the first place, or getting them to compromise…But this is only going to be resolved around the negotiating table.” Trying to force Palestinian statehood on Israel via international bodies, he said, will never bear fruit and only lead to frustration. “The stated policy of the Israeli government is already in support of a Palestinian state,” Hirschson said. Notwithstanding Israeli wish list, international community is no longer in a mood to grant carte blanche to Israel. With Netanyahu in a fix, Modi may have a lesson to learn, if his hubris so permits. 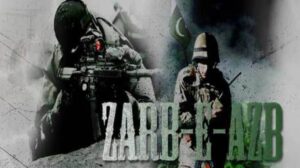 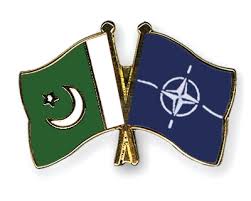 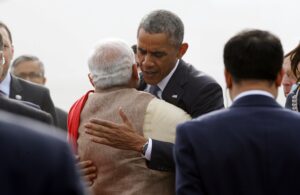 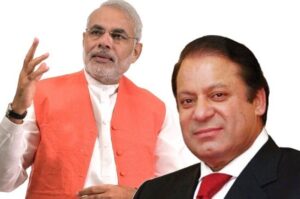