As the heat of Middle East turmoil radiates chill waves down the spine, due to fear of its replication in South Asia, Pakistan and Afghanistan make desperate efforts for strengthening their hedge against a globally floating-cum-roving system of insurgent-terrorist outfits. First round of high profile cross visits by the two countries has done some ground breaking in this regard. Dr Rangin Dadfar Spanta, National Security Adviser of Afghanistan, visited Islamabad on June 26, 2014 in response to earlier visit by Prime Minister’s Special Envoy, Mehmood Achakzai to solicit Afghanistan’s support for the ongoing military operation in North Waziristan, in the context of improving border management. 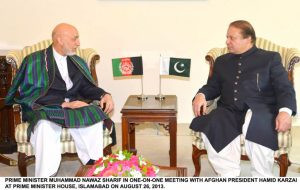 Karzai wrote: “I will cooperate on the condition that, (1) all terrorists are targeted without discrimination, (2) civilians are not harmed in the fight against terror, (3) Pakistan releases all detained Afghan Taliban leaders who support peace in Afghanistan, (4) all terrorist hideouts and support centres are eliminated, (5) Pakistan stops artillery shelling on Afghan territory, (6) Pakistan and Afghanistan coordinate their anti-terrorism efforts with important regional nations like India and China, (7) there should be a roadmap for bilateral coordination and contact to take the war on terror forward.”

Earlier, when the two rounds of elections took place in Afghanistan, Pakistan took extraordinary measures to secure the borders with additional military deployment and controlled illicit movement. This contributed towards peaceful conduct of elections. This has been acknowledged by Afghanistan as well as the international community. Now Pakistan is conducting an operation to eliminate terrorism; and it is in Afghanistan’s own interest to cooperate with Pakistan. Pakistan’s expectation is that Afghanistan would. Pakistan has asked Afghanistan to take necessary measures on its side of the border to stop terrorists fleeing North Waziristan from entering Afghan territory.

North Waziristan military operation—Zarb-e-Azb—is likely to cast its effects on both the countries; and unless there is close coordination between the two, the results of this operation would be short-lived, fragile and reversible. Two sides have agreed to establish a Joint Working Group on Security, co-chaired by the Foreign Secretary/Deputy Foreign Minister, and also comprising representatives of relevant security institutions. A bilateral meeting of relevant officials will be held in Islamabad on July 03, to enhance security coordination.

Main focus of talks was on strengthening bilateral security cooperation and building a comprehensive bilateral relationship, marked by enhanced trade and economic partnership. There was a convergence of opinion to take action against all terrorists without making any distinction among them and their hideouts on their respective sides. Pakistani side reaffirmed providing all-out support to an Afghan-led and Afghan-owned peace process. It was agreed to further strengthen bilateral engagement at all levels. This is not the first and, probably also not the last time, that respective, oft repeated, positions have been reiterated, yet once again.

The devil, however, lies in implementation; and taming this devil is easier said than done. Also one has to be mindful that some of these positions are mythical, hence difficult to achieve; some other positions state only the end objectives while there is a need to agree to a common strategy and joint plan of action.

Recently released Fragile States Index (FSI) by the “Foreign Policy” magazine and “The Fund for Peace” has placed both countries in the top-ten most fragile states around the world. Report has placed both countries on the high-alert status. The Fragility States Index, previously known as the Failed States Index takes an annual overview of countries and ranks them in terms of stability (or lack thereof). With ‘stability’ being the catchword, the status is indeed highly alarming not only from domestic and foreign policy perspectives but also from an economic perspective. Any meaningful in-flow of FDI would only begin when Pakistan’s image ratings improve. Likewise, steep fall in the GDP growth of Afghanistan from 14 to 4 percent needs similar enablers.

Major alarming aspect of military operation in North Waziristan is the humanitarian aspect of internally and externally displaced persons (IDPs&EDPs), in both countries. 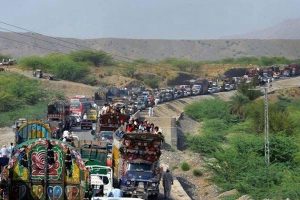 Tally of these persons has crossed the mark of 0.8 million and is counting.  Pakistan government is planning to release the first tranche’ of Rs. 500 million for the rehabilitation of the IDPs. Prime Minster has set up a special fund seeking private donations. Hopefully, the reported incidents of mismanagement in IDP camps would be short-lived. International aid is forthcoming. The United States has contributed an additional $8 million to help Pakistani government meet food and nutritional needs of IDPs. USAID is now the largest international donor to the programme, providing a total of $31 million in support. Displaced people need a healing touch which requires appropriate resourcing. All funds should be put to good use; and vigil should be maintained against resource pilferage and managerial corruption. Pakistan has an extensive experience of handling refugees at a much larger scale. As there is no capacity issue, optimum efficiency should be sustained to cater for the needs of rapidly increasing numbers.

Pakistan must give itself a strict time-frame for an honourable return of IDPs/EDPs after the operation ends. 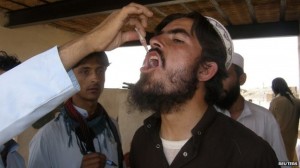 Additional assistance from the international community should be sought. The recent protest of IDPs in Bannu regarding the mismanagement of food distribution in the camps has rung the bells at the highest political level. The growing IDP crisis is fuelling the danger of spreading the polio virus among the displaced population. “The highest number of polio cases have been witnessed in North Waziristan,” Pakistan WHO spokesperson Dr Nima Saeed told reporters in Islamabad. The WHO is working to contain the threat by vaccinating people along routes out of North Waziristan. Many are receiving the dose at government-run centres set up to register displaced people.

Hopefully, Prime Minister’s visit to IDP camps would put the things on track. His commitment to appropriately resource the effort was quite reassuring. Doubling per family allowance has gone down well amongst the IDPs. The people of North Waziristan are our brothers and sisters and as a nation it is our responsibility to come out and extend them all out support.

One of the fallout of the situation in Afghanistan is that Pakistan is being used as a jumping pad by other nationals especially the Afghans, more specifically the Hazara Community from Bamyan province, for onward illegal travel to other countries to seek asylum. From Quetta they travel to Australia via Bangladesh, Sri Lanka and Indonesia. Some foreigners acquire fake documents and travel through Pakistan to other places; their acts and conduct belittles the image of Pakistan.

While Afghanistan is experiencing a rise in insurgent attacks, Kabul has routinely pointed fingers at Islamabad and accused it of being behind most incidents. Pakistan has rubbished allegations by Afghanistan that its servicemen disguised in civilian clothes were conducting attacks in the northeastern Afghan province of Kunar. “We reject these baseless allegations…The fact is that Pakistan armed forces have been attacked repeatedly by terrorists operating from Afghan territory. Our armed forces have acted only in self-defence, with maximum restraint and responsibility,” foreign ministry spokesperson said in a recent statement.

Military operation has been launched in North Waziristan to eliminate terrorism and it is in Afghanistan’s own interest to cooperate with Pakistan. Both countries should follow the joint action plan to counter the common problem. Kabul needs to come out of the mindset of hiding behind a strategy of denial and blame game, and it should jointly confront the issue. Starting point is introducing professional practices of managing the border. Writer is a freelance columnist. 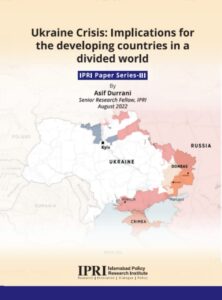 Ukraine Crisis : Implications for the developing countries in a dividing world 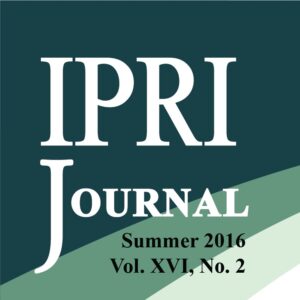