Pakistan enjoys bilateral relationship with the US since its creation in 1947, which makes the both states old and indispensable allies and the past decades are witness to this fact. Pakistan joined the US-led SEATO and CENTO defense pacts and it received the US economic aid in its early period when the country was struggling economically. Pakistan played role in the US-China rapprochement during early 1970s and had very close cooperation during former Soviet Union’s invasion of Afghanistan. Now back in post-9/11, Pakistan’s important role in the global war on terror (GWoT) could be called a major hallmark of the bi-lateral relationship. Pakistan is considered a major non-NATO ally and got status of a front-line state in the GWoT.

Despite close cooperation during numerous strategic occasions, both states kept on struggling for an enduring and multifaceted relationship. Post-cold war period low points in the shape of the US sanctions, i.e. Glenn and Pressler Amendments dominated the entire 1990s. Overall throughout Pakistan’s brief history, the two countries have gone from an uneasy alignment to nearly a complete detachment, to re-alignment then to renewed sanctions, and now back to alliance. History of mistrust coupled with marked differences in state capabilities and that too with over expectations by the US, which are beyond Pakistan’s capacity, still challenge an enduring relationship.

Despite improvements in relations, the relationship is marked mainly by lower expectations on both sides. But it is again a matter of great importance that despite many ups and downs, shifts and fluctuations, the relationship holds. Obama administration‘s handling of affairs with Pakistan could be viewed from two approaches: firstly, the line taken by late Richard Holbrooke, who favoured engaging with Pakistan to achieve mutual objectives; and secondly the approach that the CIA and the Pentagon have been following, i.e. talking tough to Pakistan. The hardliners such as Bruce Riddle advocate punishing Pakistan and the major US think tanks are no exception in this.

Previously, it was a relationship purely dominated by security interests of both states but recently there is a realization on both sides to focus on other issues too. Strategic dialogue is a step in the right direction, which includes cooperation in education, science and technology, energy, economy, security, agriculture, etc. Strategic convergence not tactical accommodations should define the future relationship as there is a need for building on convergences and positive messaging coupled with transforming relationship as people-centered. But again any strategic partnership needs trusting and taking care of each other’s strategic interests. Both states need to build on convergences and address the divergences, which tend to separate them.

Both states have convergences on GWoT and want to see a peaceful and progressive Afghanistan and Pakistan’s role in the Afghan peace process would be an added advantage. But the US cooperation and support for more efficient border management between Afghanistan and Pakistan will help check illegal movement of terrorists, criminals, and smugglers. The US like Pakistan has an abiding interest in peace and stability in South Asia. The US support for economic stability of Pakistan with ensuring enhanced market access for Pakistani products in the US would help cement the relationship.

Divergences include lack of recognition by the US of Pakistan’s role in the GWoT. Regrettably, there is tendency to blame Pakistan in somewhat simplistic fashion for most of the difficulties and challenges that engage Afghanistan. Also, undue criticism of Pakistan in the context of Taliban has become a buzz word for the Western media. Indian presence in Afghanistan and its backlash into Pakistan and simmering US demand to “do more” keep on haunting an enduring relationship. Not signing nuclear deal with Pakistan as done with India and US counseling nuclear restraint to Pakistan and selling state of the art conventional weapons to India do challenge any future relationship indeed. The US should address these issues for any true strategic partnership with Pakistan.

Pakistan values its relationship with the US. Pakistan hopes to see greater US understanding of Pakistan’s security and strategic concerns. The current US engagement with Pakistan is primarily focused on the GWoT. Both states need each other more than to punish each other. Let not past haunt the future relationship and let not relationship get marred by suspicion and mistrust. Both states need to build up on high-level talks on issues that are of common interest to both countries, defining them very well and not shying away from problems like security and economic issues that could separate. Both sates should be looking for the process that allows them to solve problems, not to be blindsided by things and events as they come along. 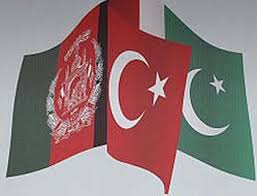 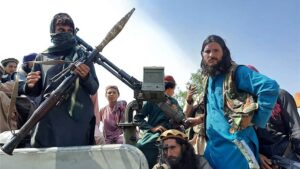